upcoming:
Almost Heaven at the Riverside Theatre
TICKETS
recent performances:
EJ stars as Sally Bowles in Cabaret with the Gulf Coast Symphony Orchestra
conducted by Andrew Kurtz and directed by Max Quinlan
2 performances only, March 25-26 at the Barbara B. Mann in Fort Myers, FL 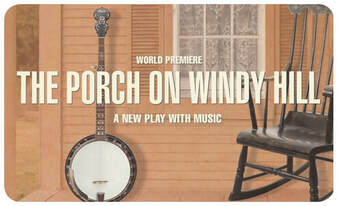 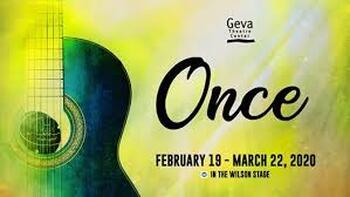 Rehearsals have begun for Once at Geva Theatre Center, where EJ plays the role of Reza and the violin. Previews start February 19, and the show runs February 22 - March 22. ​​

TICKETS
​01.10.20    Onward, Beyond
EJ is honored to be featured on Georgia Stitt's upcoming album! More details to come.


​08.16.19     The Weatherman workshop
EJ plays Cathy and Lam Phi Trac in the New York workshop of The Weatherman, a new musical by Doug Wright and David Clement based on the radicalization of the Weather Underground. This workshop presentation was produced by La Jolla Playhouse and directed by Christopher Ashley.


04.10.19     Nobodies in NY Podcast
The Brothers Stew interview EJ about inclusion and what it's like to be Asian-American in the Musical Theatre industry on Episode 20 ("These Ushers are INTENSE") of the Nobodies in NY Podcast. Check them out for general hilarity and musings about the important things in life: food and Broadway. Listen here or wherever you listen to podcasts.
​02.15.19 - 03.02.19   ONCE at Pioneer Theatre
EJ plays Reza (and the violin) in ONCE at Pioneer Theatre Company. Tickets available through March 2, 2019. 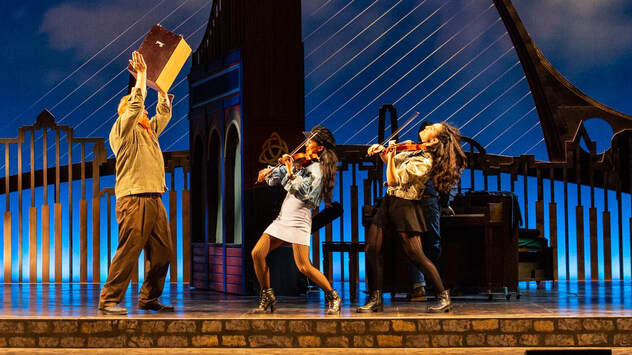 10.13.17 Heart of Rock & Roll reading
EJ joins the ensemble of the new musical Heart of Rock & Roll, set to music from Huey Lewis and the News, with book by Jonathan Abrams, and directed by Gordon Greenberg. The reading will be presented on October 12 and 13, 2017.

08.22.17 Avenue Q at Playhouse on Park
EJ reprises the role of Christmas Eve in Playhouse on Park's production of Avenue Q. Stop by West Hartford, CT to see this hilarious and heartfelt musical!
﻿more info﻿ tickets


​08.10.17 "What I Am" solo concert at the Havre de Grace Opera House
In her solo concert debut, Broadway performer EJ Zimmerman reclaims one of the questions strangers always ask her. "What I Am" is a captivating evening of Broadway and pop favorites, as EJ shares her love of musical theatre storytelling while bringing humor and gratitude to her own stories of her life as an Asian-American woman in entertainment.
"Enormous thanks to everyone at the Opera House for making this an unforgettable event. It was a true privilege to perform for the Havre de Grace community!"

In addition, EJ led a masterclass for 7 pre-professional musical theatre performers with a focus on specificity and story-telling. Congratulations to the participants who truly impressed with both the talent-level and ability to make adjustments.
​​06.01.17     Emergen-C Print Campaign
EJ's most recent print campaign has hit the newsstand! 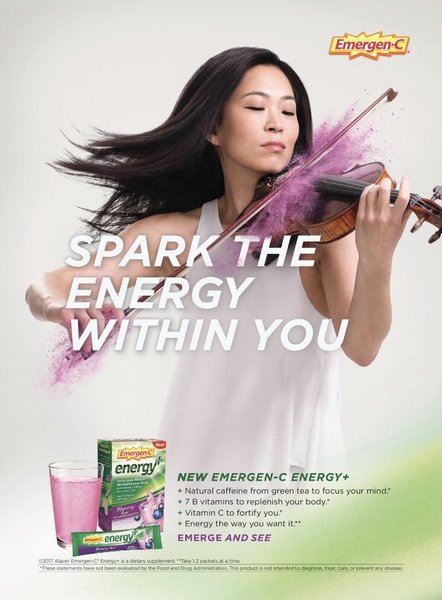 EJ plays Nina in a reading of Days of Rage by Hyeyoung Kim and Shoshanna Greenberg. This new musical is inspired by the activities of The Weathermen and The Black Panther Party in the late 1960s and early 1970s. Presented by the NY Theatre Barn at 7pm on November 28 at The Cell.

​
10.23.16     At This Performance concert series
EJ will perform in the At This Performance concert series, which showcases the talents of Broadway understudies and standbys, on Sunday, October 23rd at the Lion Theatre in NYC.
more info    tickets
​
10.14.16     MuseMatch 8.0: Achromatic
An Evening of Colorblind Collaboration at 54 Below
EJ debuts a gorgeous and truthful new tune by composer Jennifer Sanchez at 54 Below for the 8th installment of the MuseMatch concert series. New songs and new collaborations are born from a "musical theatre blind date" and all the proceeds are donated to charity.

EJ stars as Hana in a one-night-only concert-version of Honor, a musical adaptation of Shakespeare's As You Like It set in feudal Japan. Presented by Prospect Theatre Company and the National Asian Artists Project, the performance will take place on Saturday, September 10 at 8pm at the Times Center (242 West 41st Street, NYC).
GET TICKETS
​
​07.10.16     Broadway debut in Les Misérables

EJ joins the company of Les Misérables in the Ensemble, understudying Eponine, for their final months on Broadway. She made history by debuting in the principal role of Eponine BEFORE her first scheduled performance in the Ensemble.

EJ joins the acting company of the Sundance Institute's Theatre Lab in Morocco this May in Wild Goose Dreams, ​a new play by Hansol Jung, directed by Leigh Silverman

​02.23.16     "Ever See A Fat Chinese?" by Christine Toy Johnson
EJ plays Brenda in this hilarious and poignant short play, part of The Work Goes On festival at New Perspectives Theatre Company. 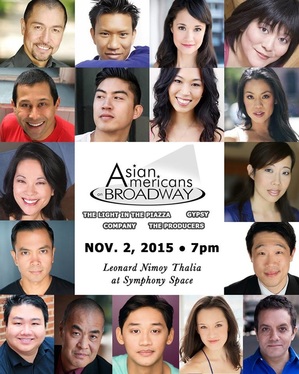 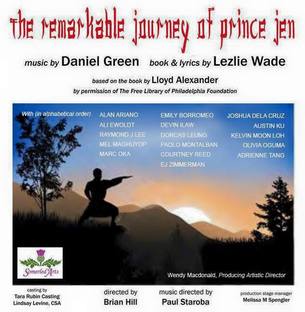 ​EJ plays Mourning Dove, a fearless peasant warrior, in the epic new musical The Remarkable Journey of Prince Jen by Daniel Green and Lezlie Wade. Congratulations and thanks to the fangirl-worthy cast, the most patiently organized stage management team, the gracious and brilliant creatives, and the generously warm producers! Very excited to see where this remarkable journey leads! 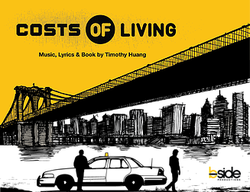 A two-week developmental process culminates in a reading presentation of this new musical.

What a thrill and true artistic privilege to work with this team on this piece! Costs of Living (book, music, and lyrics by Timothy Huang) tells the story of two immigrant cab drivers who share opposite shifts off the same medallion and explores the marginalization of the immigrant working class, the consequences of wealth inequality and arbitrary nature of American prosperity.

​Thank you b-sides for truly exemplifying your #artistsforartists mission.

​08.18.15     I've been working on the Railroad!
EJ reprises her role of Fan Yi in a reading of the new musical Railroad! Presentations will take place on Monday, August 17th at 6:00pm and on Tuesday, August 18th at 2:00pm in New York City. Congratulations to Tony Stimac (director, co-writer), James Racheff (co-writer and lyricist), Louis St. Louis (composer), Adam Wiggins (musical director), and of course the brilliant cast for their hard work in telling this story of how the Chinese contributed to America's transcontinental railroad.

06.14.15    A Disenchanted! story
EJ was cast as Mulan, Pocahontas, and Princess Badroulbadour in this hilarious telling of the real Disney Princesses! Happy closing to this fantastic company, and thank you for the warmest welcome into the Princess Posse!

02.28.15    CAP21 Theatre Company's THE ARTIST & THE SCIENTIST, a new musical by Jenny Stafford and Brandon Anderson!
Happy closing to everyone at A&S! What a gift to bring SPACE to life for the very first time. 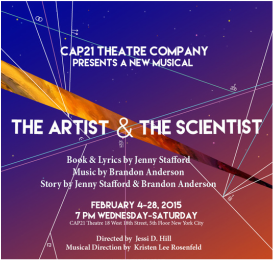 02.25.15     The Joker's Game
EJ is thrilled to participate in a reading of The Joker's game where she plays the lead role of Kate alongside a stellar cast! This new musical was originally produced in China and features the writing talents of Kemin Zhang, Anthony Stimac, James Racheff, Louis St. Louis, and Mark Allen.

12.08.14     Arriving in Asian America, a song cycle
EJ is performing Yan Li's song "My Superpower" in the song cycle Arriving in Asian America at the Peter Norton Symphony Space's Leonard Nimoy Thalia. The concert features work by Asian-American musical theatre artists, both writers and performers. Free with a reservation! Proud to be a part of this concert and this community!
read about it on playbill or check out the video below from Sinovision (including clips of "My Superpower").

11.06.14     in development: Railroad!
EJ is playing Fan Yi in Railroad! a new musical by James Racheff (book and lyrics) and Louis St. Louis (music). The reading will be at the Playroom theatre on 11.06.14 and is directed by Tony Stimac.

07.11.14     Guilin at the New York Musical Theatre Festival
EJ performs in the ensemble and takes on the featured roles of Yang Shu and Xi'er in a reading of the developing musical Guilin: A China Story by Louis Steven Santora as a part of the New York Musical Theatre Festival. Performances are at the Studio Theatre at Theatre Row on July 11 (4pm and 8pm) and July 13 (7pm).


05.07.14     Upcoming Project: clouds are pillows for the moon - World Premiere!
EJ is super-excited to announce that she will be playing "P" in the world premiere of clouds are pillows for the moon by Ty Defoe & Tidtaya Sinutoke. This project will be directed by Tony-nominee Leigh Silverman as the inaugural piece in the developmental lab series for b-side Productions.
Learn more about artists for artists and the b-side mission.


04.08.14     BIRCHBOX campaign
EJ shot a commercial and print campaign for Birchbox, an awesome subscription sample service! This is Birchbox's very first TV commercial! Check it out: 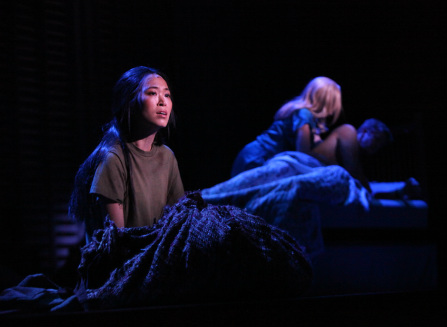 EJ starring as Kim in MISS SAIGON at Riverside Theatre


12.02.13  NAAP's Discover: New Musicals
EJ is super-proud to be performing in Timothy Huang's "Andy Pickets" at the National Asian Artists Project Discover: New Musicals showcase tonight. The story is uniquely American, the cast is all Asian-American, and the music is a joy to sing. Learn more about NAAP here.


11.07.13   Latest project: ALYSHA
EJ will be wailing alongside some of Broadway's finest in readings of the new musical ALYSHA by Marilyn Michaels and Mark Wilk. Presentations will be at MTC Studios on 11/19 and 11/21. Read the playbill article here.


10.17.13   EJ performs at 54 Below
EJ made her debut at 54 Below last night, singing "The Life I Never Led" as a part of a "JWS and the Amazing Technicolor Song Book: A Celebration of Thinking Outside the Box." What an inspiring night of artistry and talent!
Watch the video.


08.22.13   City of Dreams web series
EJ appears on the latest episode of the hilarious web series "City of Dreams." The series, which features many of Broadway's finest, follows three musical theatre hopefuls on their quest to make it big.  Check out Episode 7 or start from the beginning!


04.07.13   My Life is a Musical
After a successful reading of Adam Overett's new show, My Life is a Musical, at the Soho Playhouse in February, EJ reprises her various roles in two encore readings on 04.08.13 and 04.09.13. And her abdominals hurt from all the belly laughs during rehearsal.